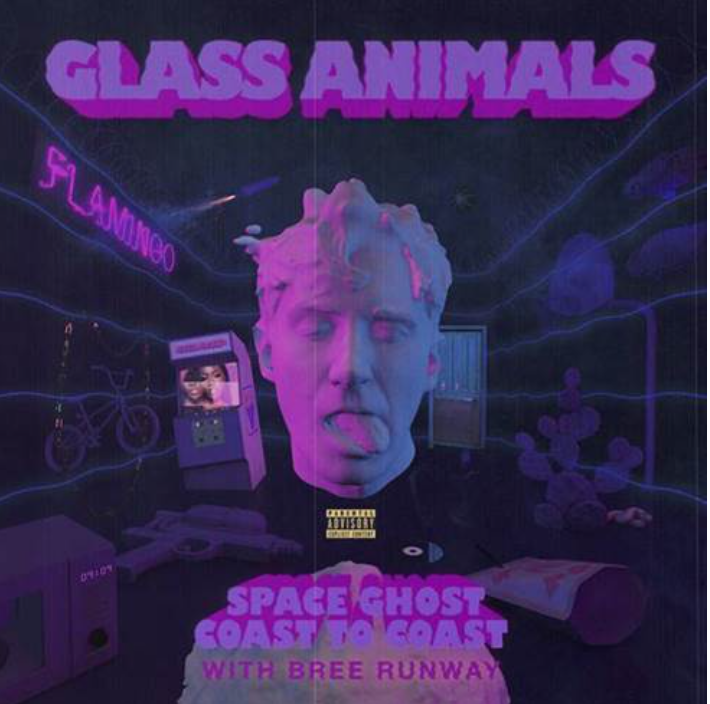 Hot on the heels of their endearingly trippy video for “Space Ghost Coast To Coast” released last week—watch HERE—Glass Animals have also been experiencing a huge global rise in support on their single “Heat Waves,” with the original track now surpassing 530 million streams, and the band recently released a version of “Heat Waves” featuring iann dior—listen HERE.

“Space Ghost Coast To Coast” was written about lead singer Dave Bayley’s time living in Texas, using a rap homage to bring a youthful friendship gone wrong to life. The enigmatic track is given new life with a feature from the hotly tipped, Hackney-born artist Bree Runway, as Dave and Bree harmonize on the powerful lyrics “Now I go my way and you go yours.” Dave explains, “‘Space Ghost’ was about a period of my life when I started listening to loads of 2000’s R&B and hip hop. Dr. Dre, Missy Elliott, Justin Timberlake, N.E.R.D, Busta Rhymes, etc. A lot of the sounds take from that era of music. When making the track, I could hear some of that classic 2000’s R&B harmony in the chorus…but I couldn’t quite pull it off. So, I went for some of those Dre/Eminem-style group chanted stacks. When I heard Bree’s voice a couple months ago, I was like…this is it. This is the voice that can do that timeless R&B thing. At the same time, she does it in her own fresh way. Basically, having Bree on this track is a dream come true. Thank you Bree.”

This week has already been an exciting one for Glass Animals. On Sunday, the band was announced as a performer on this year’s Billboard Music Awards, where they are also selected as finalists for Top Rock Song: “Heat Waves” and Top Rock Album: Dreamland. The performance marks the band’s first appearance on a U.S. awards show, as well as their first live U.S. performance since their last U.S. show pre-Covid lockdown in March 2020 at Los Angeles’ iconic Troubadour. Glass Animals will perform their global smash hit “Heat Waves”—tune in this Sunday, May 23rd at 8pm ET/5pm PT on NBC. On Monday, the band was announced as a performer on Good Morning America’s 2021 Summer Concert Series lineup—tune in on Tuesday, July 20th on ABC.

Glass Animals are also gearing up for their North American “Dreamland Tour,” which sold over 130,000 tickets in just 3 days and is quickly selling out with new shows being added. The run kicks off August 30th in Lewiston, NY and takes the band across North America well into 2022. The shows add to their already sold-out UK tour dates, previously announced 2022 Red Rocks shows and confirmed festival performances at Bonnaroo, Life Is Beautiful, Firefly Festival, Outside Lands and more. Tickets are available now at www.glassanimals.com. See full list of tour dates below.

“Space Ghost Coast To Coast” is taken from Dreamland, the band’s hugely popular third full-length album, which entered UK charts on its opening week at #2 (their highest ever scoring chart position, a massive 21 spots above their last album, Mercury Prize nominated How To Be A Human Being) and charted inside the top 10 in the US, Australia, New Zealand and Ireland. The album clocked up 160 million streams in its first week of release.

Glass Animals have been hugely this past year, with their hit “Heat Waves” being crowned
#1 on Triple J’s Hottest 100 – an accolade not given to a UK band since 2009 with previous winners including Kendrick Lamar and Billie Eilish – receiving a sync placement on FIFA, then an organic Minecraft affiliation, whereby the YouTuber LoverFella (2.45M subscribers) rebuilt a Glass Animals fan’s base and surprised her with a meet and greet with the band who were waiting inside. Watch it HERE and the Extended BTS HERE. “Heat Waves” peaked at #1 on the Alternative Radio Chartfor 3 consecutive weeks, a first for Glass Animals in their career. The track currently sits in the Top 20 on the Top 40 Radio Chart and is making similar moves at Hot AC and AAA. “Heat Waves” held the #1 spot on the ARIA Official Singles Chart in Australia for 6 consecutive weeks, marking the band’s first #1 single globally and the longest #1 in 2021 for Australia. It has had over 530 million combined streams and to date, “Heat Waves” peaked at over2 million daily streams and has received over 23 million views of the video on YouTube. Glass Animals hit a new Spotify monthly listener peak of 18.4 million, surpassing the likes of Tame Impala, Gorillaz, The 1975 and The Strokes. 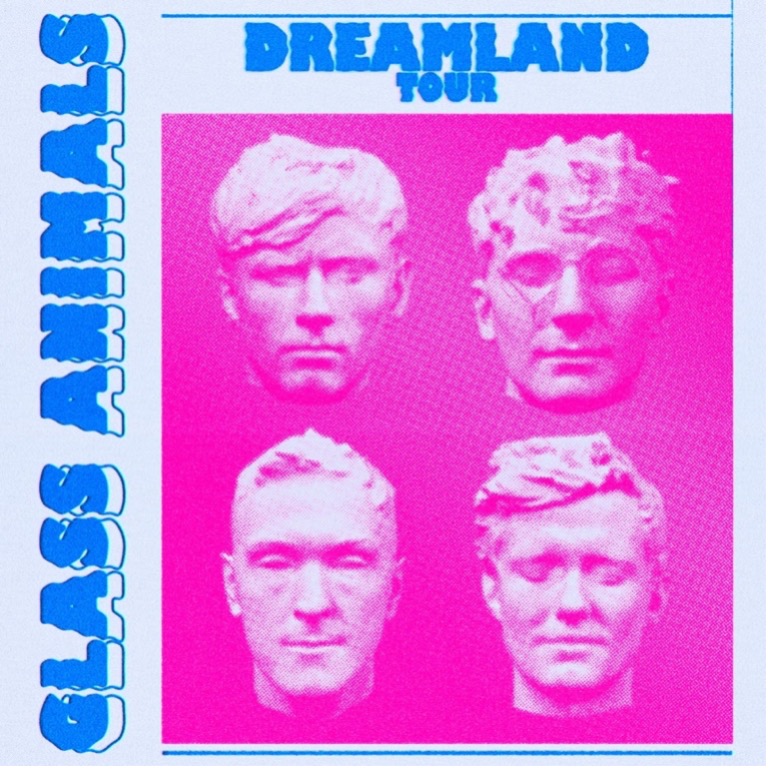