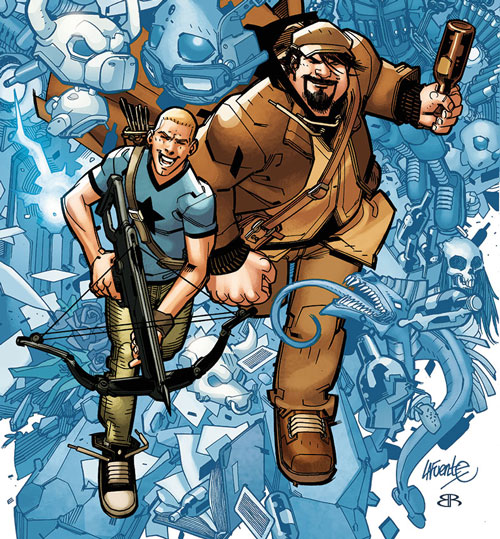 In anticipation of Archer & Armstrong’s upcoming assault on the Valiant Universe, artist David Lafuente has signed on as Valiant’s next exclusive artist for the launch of A&A #1. A veteran of many high-profile series for Marvel and DC, including a lengthy and crucially acclaimed run on Ultimate Spider-Man with writer Brian Michael Bendis, Lafuente joins a growing and formidable stable of exclusive creators at Valiant that also includes artists Raul Allen (WRATH OF THE ETERNAL WARRIOR), Doug Braithwaite (NINJAK), Mico Suayan (BLOODSHOT REBORN) and more.

“Archer & Armstrong are two of the most beloved characters not just in the Valiant library, but in all of comics period. But instead of being intimidated by the brilliant creators that preceded them – Barry Windsor-Smith, Jim Shooter, Bob Layton, Fred Van Lente, Clayton Henry, and Pere Perez, just to name a few – Rafer Roberts and David Lafuente are bringing a vital new energy to A&A that is unlike anything you’ve seen before,” said Valiant CEO & Chief Creative Officer Dinesh Shamdasani. “This series is frantically action packed, hilarious yet heartbreaking, and absolutely gorgeous to look at, all at the same time. Rafer and David truly are a Valiant dream team and we can’t wait to share what they have in store.”

“Since he first made his Valiant debut with a short story in X-O MANOWAR #25, we’ve been huge fans of Rafer Roberts and, with A&A, he’s tapped into a brilliant high concept that is quintessentially Archer & Armstrong. Make no mistake: Rafer will be a major up-and-coming creator to watch in 2016,” said Valiant Editor-in-Chief Warren Simons. “Joining him is the always incredible David Lafuente – one of the most gifted artists in the industry and a phenomenal collaborator to launch A&A in a big, big way. Having David join Valiant exclusively is incredibly exciting and his work on A&A might just be his best to date.”

Meet Armstrong: Since the ancient city of Ur, this immortal adventurer has spent the last 7,000 years drinking and carousing his way through history alongside some of the greatest merrymakers the world has ever known.

Meet Archer: A sheltered teenage martial arts master and expert marksman that was raised for a single purpose – to kill the devil incarnate. Little did he know that this undying evil was actually Armstrong (he’s actually a pretty good guy…once you get to know him) and, since hitting the road together, the two have become great friends and even better partners.

Now: Archer is about to set off on his most dangerous mission yet – a quest into the mystic reaches of Armstrong’s bottomless satchel to liberate his friend and comrade from the clutches of the mad god Bacchus! (Okay, so, Armstrong went into the satchel himself to get a bottle of whiskey that he kinda misplaced and got stuck. It’s like the Amazon warehouse of arcane treasures in there…and he doesn’t exactly have a maid service.)

Imprisoned in Armstrong’s satchel for centuries, Bacchus now commands a legion of monsters, goblins and golems bent on escaping back into the world of man and enacting revenge on their captor… Can Archer single-handedly combat the godly embodiment of intoxication himself – and rescue his best buddy – without becoming lost amongst Armstrong’s endless repository of bizarre artifacts and historical oddities in the process?

Take two aspirin and call us in the morning…because the all-new Archer & Armstrong’s first adventure is going to give the rest of the Valiant Universe a splitting hangover headache when their debut story arc, “IN THE BAG”, kicks off with a bang in A&A #1 – coming in March from all-star creators Rafer Roberts and David Lafuente!

Originally launched by legendary comics creators Barry Windsor-Smith, Jim Shooter and Bob Layton, Archer & Armstrong first appeared in 1992 and quickly became one of the most successful comic book franchises in history, selling more than 4.5 million copies worldwide. With a devoted following that stretches around the globe, Ain’t It Cool News has called Archer & Armstrong “the best buddy team book of all time,” adding that “not since Batman & Robin has a more important duo hit the comic world.”

In 2012, Valiant debuted a new Archer & Armstrong series by New York Times best-selling creators Fred Van Lente and Clayton Henry to an immediate worldwide sell-out and rave reviews. Over the course of its 27-issue run, the series earned numerous awards and accolades and was repeatedly named or nominated as one of the best series of the year by outlets including Bloody Disgusting, Comic Book Resources, Crave Online, and IGN. Most recently, Archer & Armstrong crossed paths with Valiant’s mismatched pair of super-powered crime fighters, Quantum and Woody, for THE DELINQUENTS – a critically acclaimed, Harvey Award-nominated crossover  – and played a pivotal role in Valiant’s THE VALIANT event series.

Valiant also recently announced that it has partnered with Sean Daniel, producer of The Mummyfranchise, Midnight Run and Dazed and Confused, for an ARCHER & ARMSTRONG feature film and funded a script from writer BenDavid Grabinski.

A&A #1 will arrive in March 2016 with covers by David Lafuente, Kano, and more to be announced at a later date.

For more on A&A, join an all-star panel of Valiant creators and staff – including A&A writer Rafer Roberts – at New York Comic-Con 2015 on Saturday, October 10th at 5:15 pm ET for 25 YEARS OF VALIANT: BOOK OF DEATH AND BEYOND, featuring even more news and announcements live from NYCC 2015!
For more information, visit Valiant on Facebook, Twitter, Tumblr, and at ValiantUniverse.com. 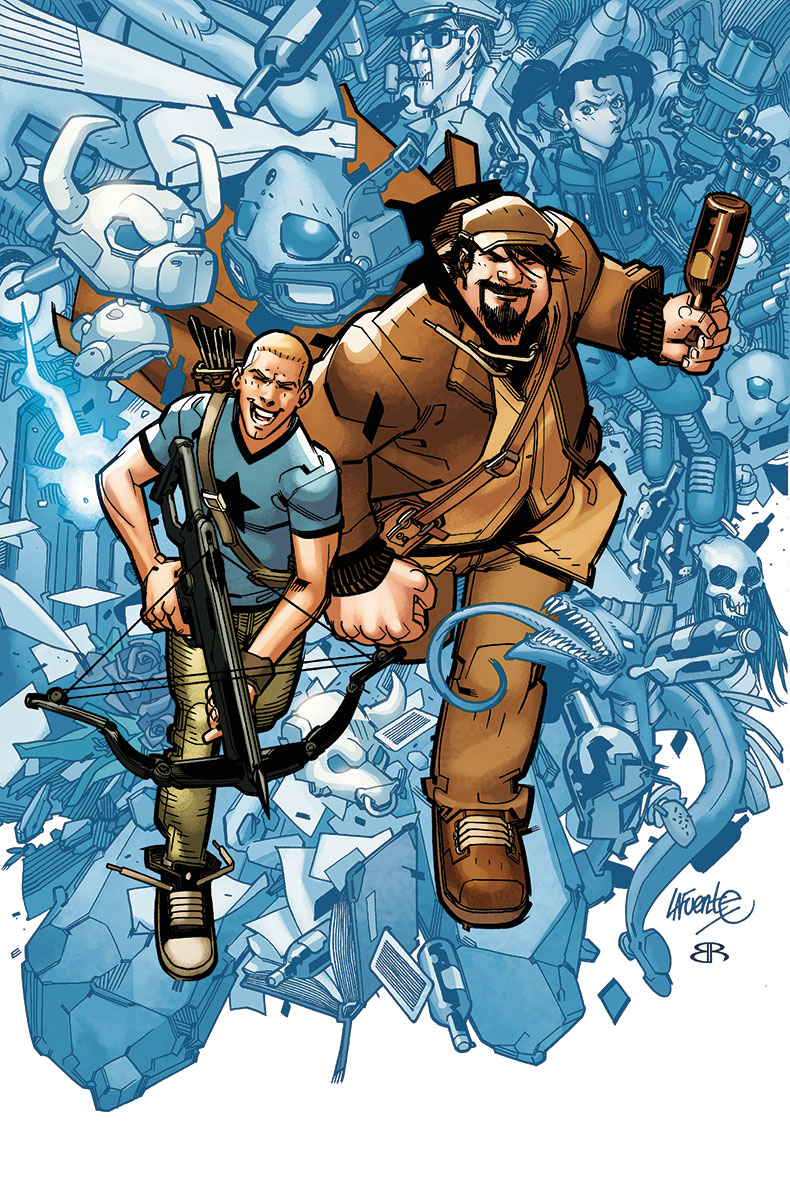 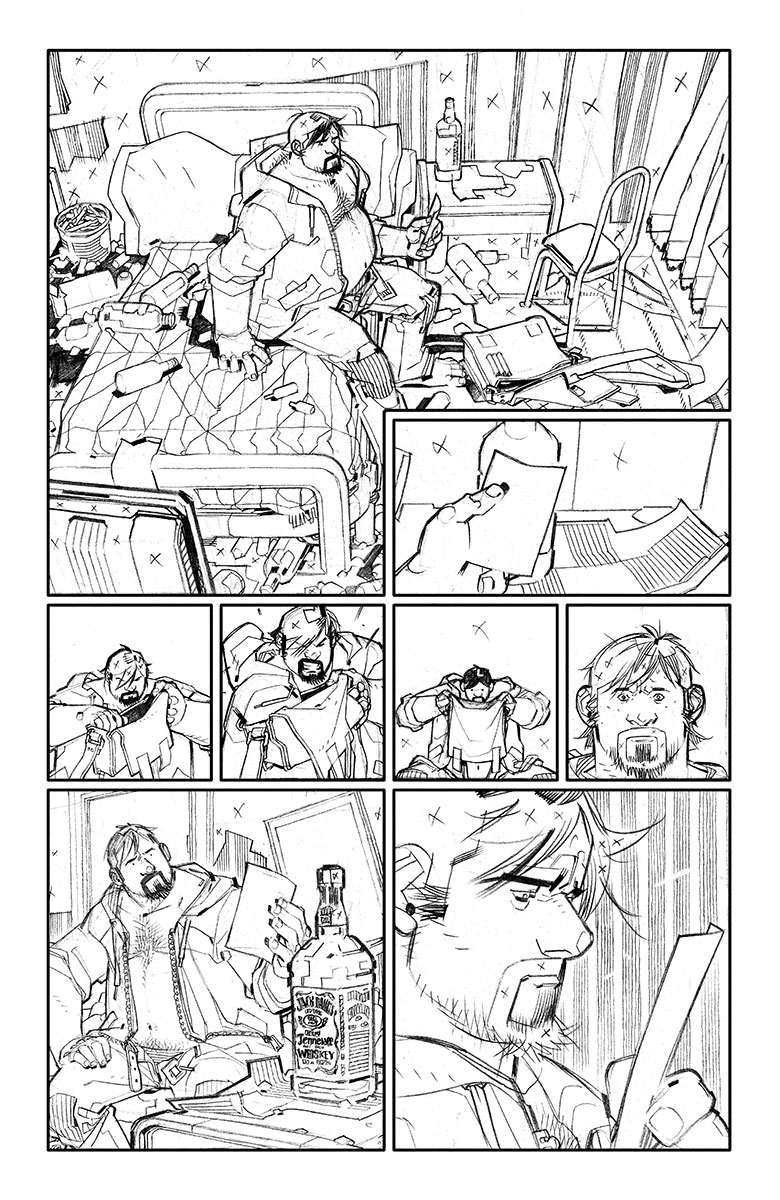 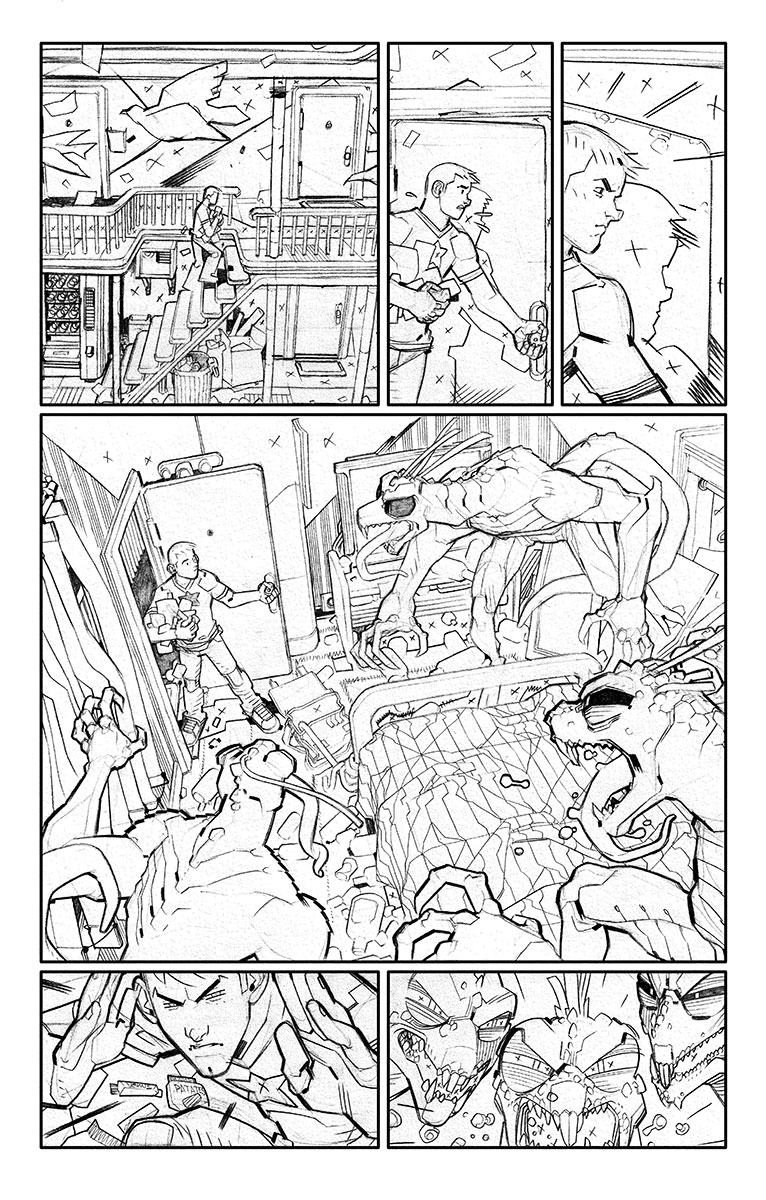 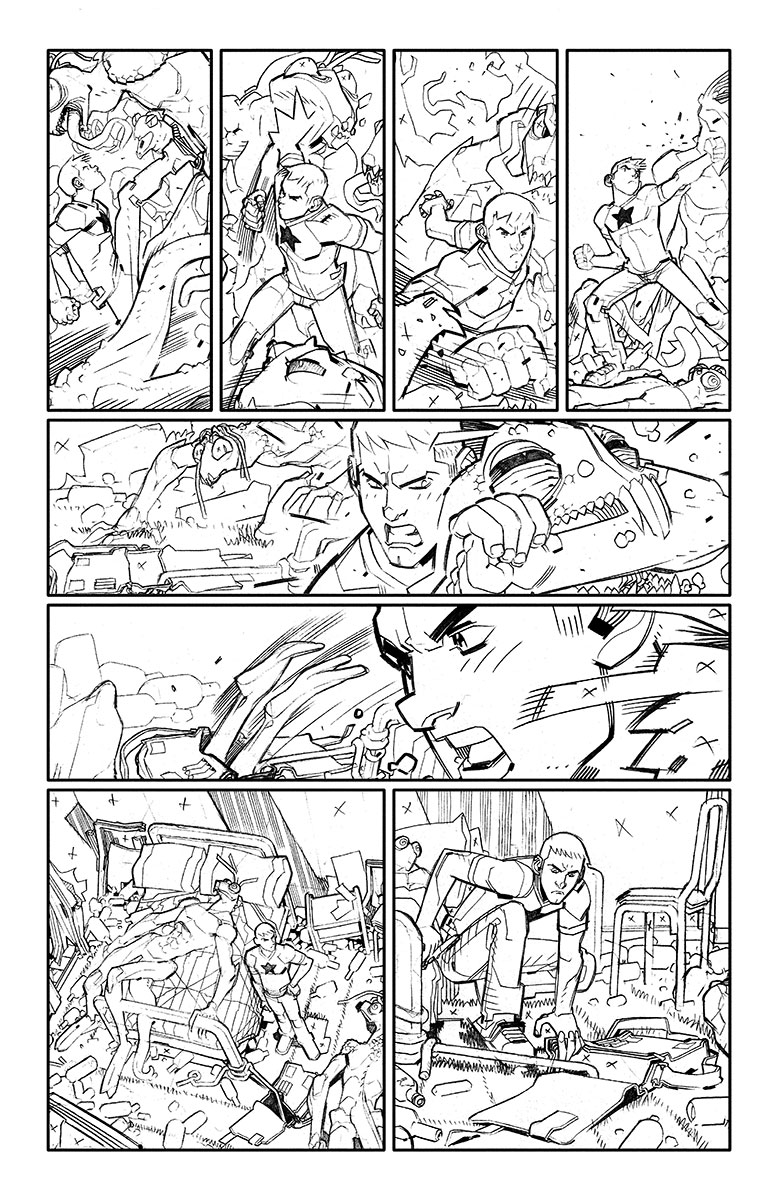 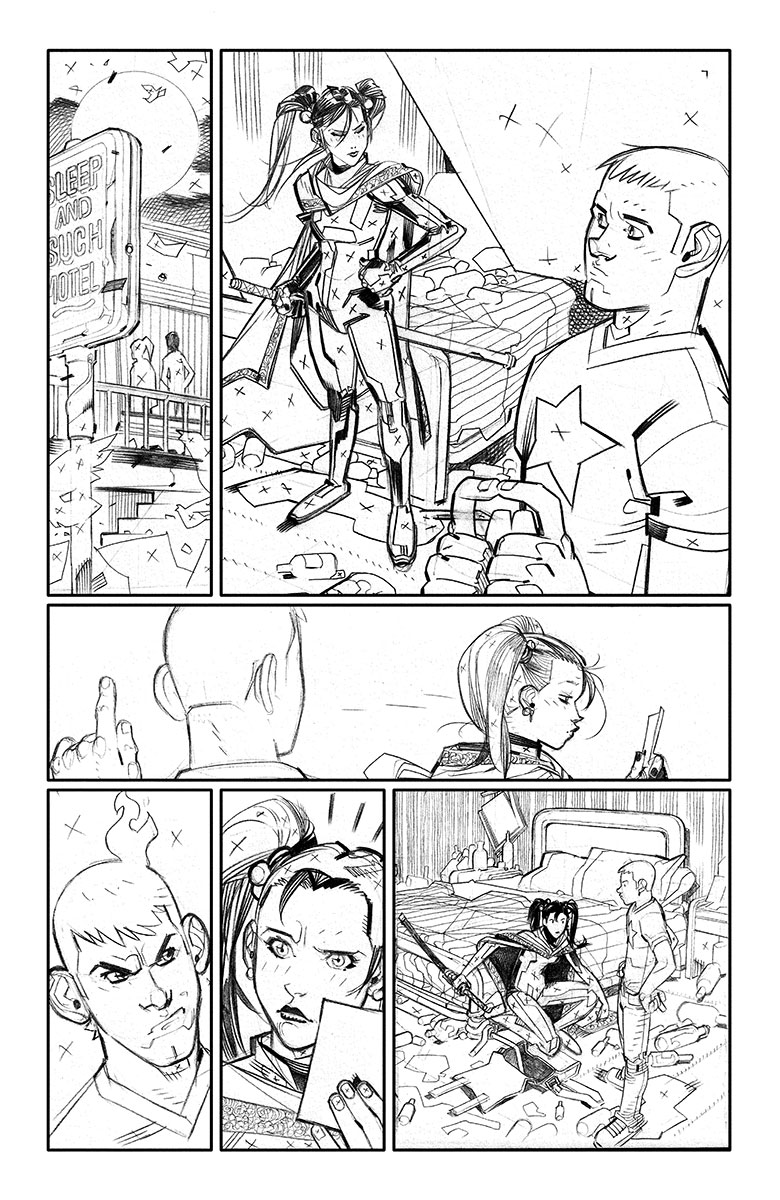 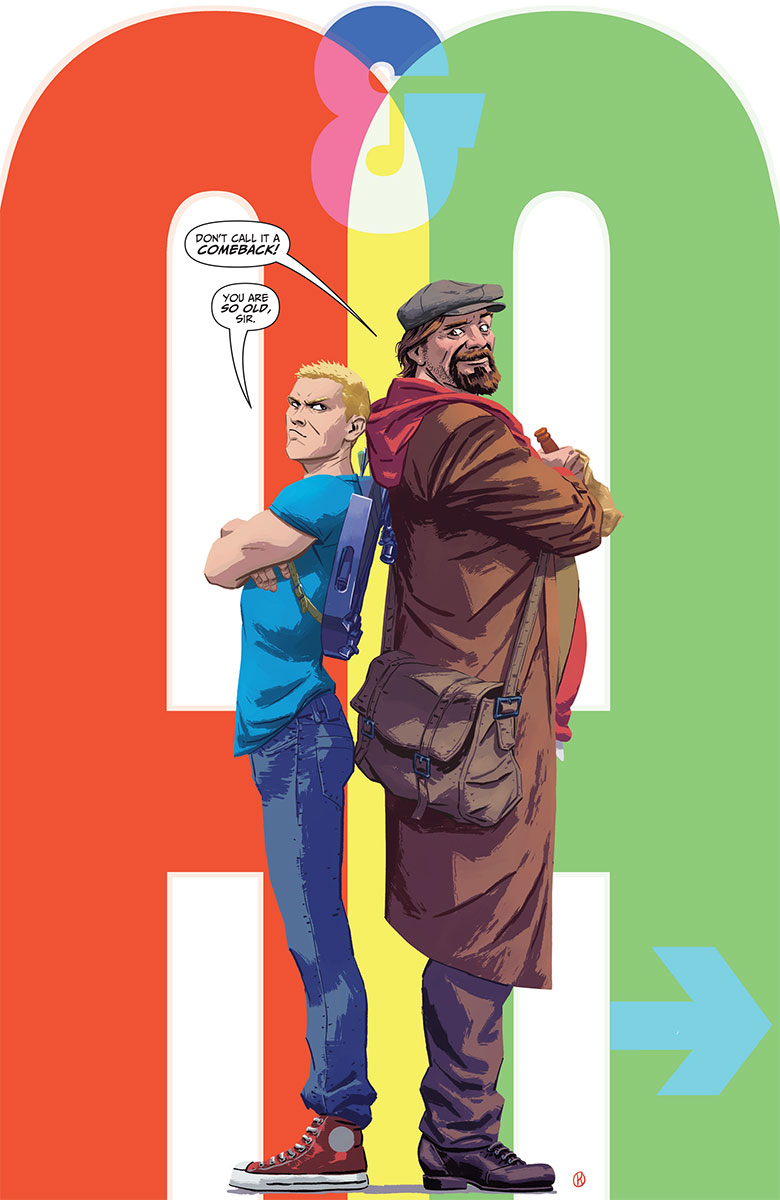