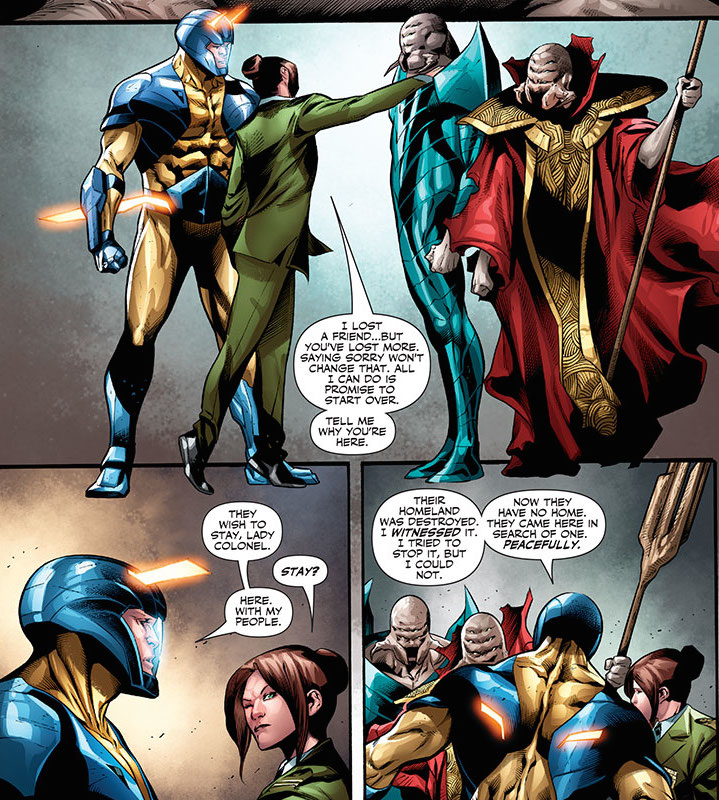 Ninjak goes toe-to-toe with the brains of the Shadow Seven operation: The deadly and very intelligent Fitzy. But as Colin King discovers he has much more in common with this group of thieves and murderers than he’d like, will he be able to hold onto his honor…and his sanity?

THE ARMOR HUNTERS never leave a man behind!

Deep under the mountains of the American Southwest, Quartz, of the Armor Hunters who attacked Earth, is kept secure in government custody. Escape is impossible from the inside. But can the combined might of the U.S. armed forces, X-O Manowar, and Unity stop a jailbreak from the outside…when that attack is an all-out suicide strike by Unity’s giant killer GIN-GR?!

With a conspiracy tearing the Vine and Humanity’s tenuous relationship apart, Aric of Dacia takes matter into his own hands to bring peace – but at a dire cost. But when you don’t know whom to trust, you must trust yourself.