Valiant Charges into Baltimore Comic-Con 2015 with Show Exclusives, Giveaways, Signings, Panels, and Much, Much More! 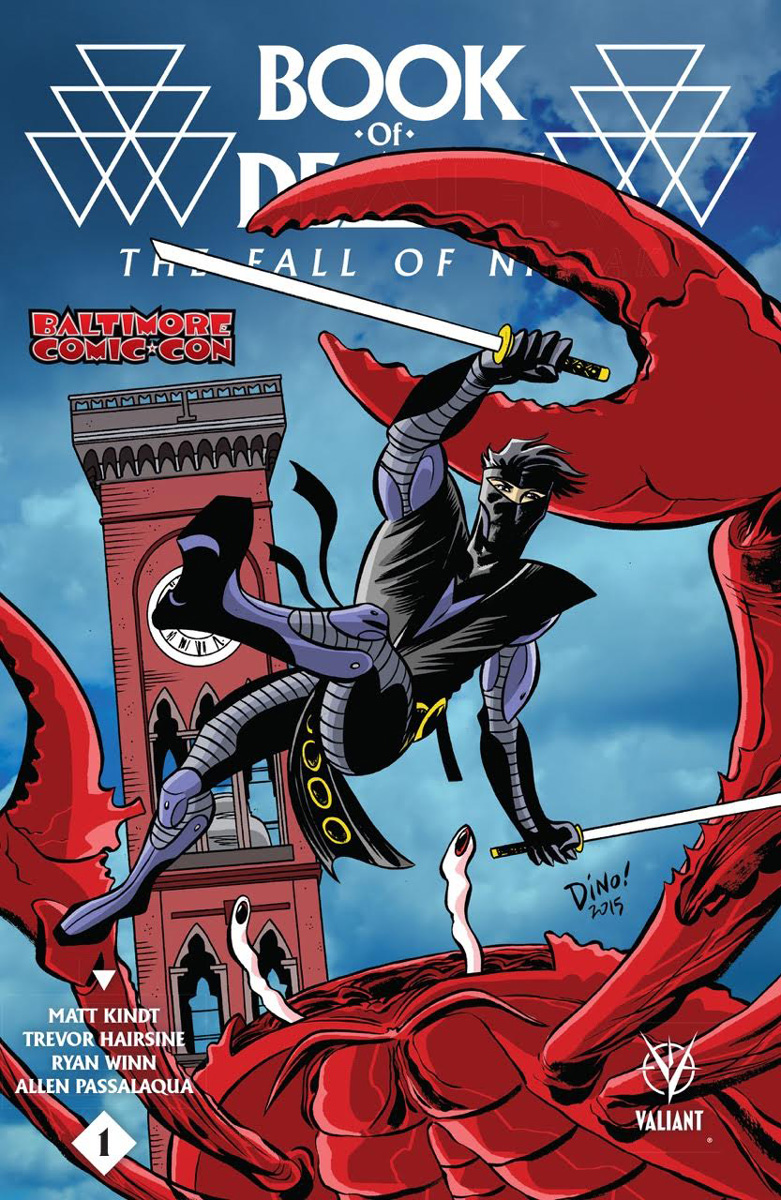 The most nominated publisher of the 2015 Harvey Awards is gearing up for its biggest Baltimore Comic-Con yet!
From Friday, September 25th through Sunday, September 27th, Valiant will be bringing its cross-country 25th anniversary convention tour to Baltimore Comic-Con 2015 – and we’re bringing along a boatload of convention-only exclusives, signings, programming, panels, and special guests to celebrate!

All weekend long, join Valiant inside the Baltimore Convention Center at Booth #2008to find out why Valiant is leading the pack at Charm City’s own Harvey Awards with a complete selection of Valiant trade paperbacks and deluxe hardcovers for nominated titles including ARCHER & ARMSTRONG, ARMOR HUNTERS, THE DEATH-DEFYING DR. MIRAGE, QUANTUM AND WOODY, RAI, THE VALIANT, and many more!

Then, on Friday, September 25th at 2:30 p.m. ET in Panel Room #343-344, come aboard with Valiant 101: New Fans Start Here – a concise and fun-filled introduction to Valiant’s biggest, most memorable characters! Looking for where to start with Valiant? Then this is the panel for you! From X-O MANOWAR to NINJAK to THE DEATH-DEFYING DR. MIRAGE and QUANTUM AND WOODY, find out for yourself why Buzzfeed calls Valiant “a universe full of your new favorite superheroes” right here with an easy, one-stop panel presentation from Valiant creators and staff!!

And we’re not done yet! On Saturday, September 26th at 12:15 p.m. ET in Panel Room #343-344, join us for 25 YEARS OF VALIANT: BOOK OF DEATH AND BEYOND – an all-star panel spotlighting the next earth-shaking changes coming for Valiant’s biggest heroes with artist Clayton Henry, writer Matt Kindt, writer Robert Venditti, Valiant Editor-in-Chief Warren Simons, and Valiant CEO & Chief Creative Officer Dinesh Shamdasani! From the epic events of BOOK OF DEATH and WRATH OF THE ETERNAL WARRIORto seismic changes for X-O MANOWAR, BLOODSHOT REBORN, THE DEATH-DEFYING DR. MIRAGE, DIVINITY, and many more, get the jump on the future of the Valiant Universe right here with an exclusive round of news and announcements from the most acclaimed publisher in comics today, only at Baltimore Comic-Con 2015!

We’ll see you in Charm City!

For more information, visit Valiant on Facebook, on Twitter, on Tumblr, and at ValiantUniverse.com.
For Valiant merchandise and more, visit ValiantStore.com. 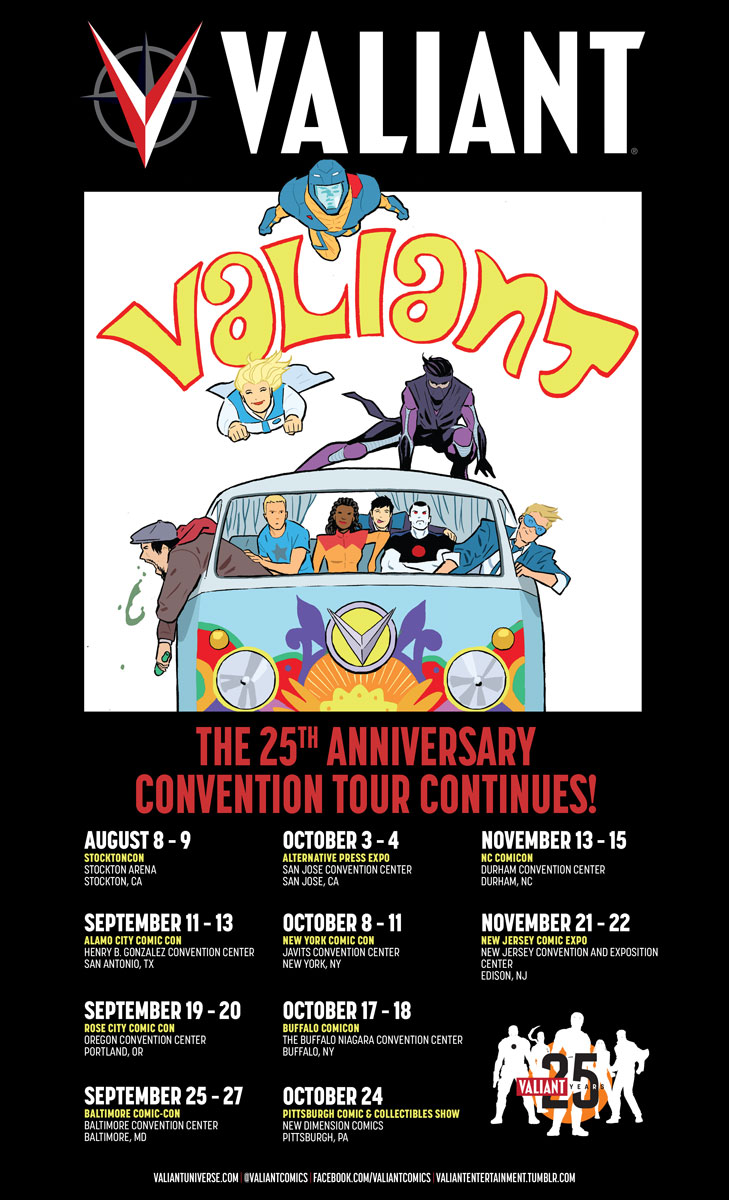